Marketing, traditionally, involved communicating the value of a product to potential customers in order to sell that product for a profit.

Given this seemingly simple proposition, you might wonder why marketing messages aren’t more direct. For example, why doesn’t Cuauhtémoc Moctezuma, the brewery that makes Dos Equis beer, just produce advertisements that say things like “Our beer tastes good”? Instead, the company has built a massive multi-year, multi-channel campaign around “the most interesting man alive,” who we’re told doesn’t always drink beer, but when he does, he drinks Dos Equis.

Campaign “The most interesting man in the world” by Dos Equis.

Likewise, why is Old Spice promoting its brand with ads featuring Isaiah Mustafa, Fabio and Terry Crews (all relatively good-looking and fit guys) in a series of quirky ads, rather than just saying that are their products effective?

Perhaps the main reason why marketing, which is a simple task at its core, requires analysis, strategies, testing and more, is that most customers don’t listen. In fact, how could they listen to everything? There’s just too much going on, too many messages, too many different companies trying to be heard.

Marketing and advertising in the age of the modern, mobile internet means that the intended audience is inundated with messages not just about products, but, as marketing expert Jay Baer frequently points out, messages about products. friends and family. In this context, Baer explains, marketers are not just competing with other businesses, but with a potential customer’s friends and family for a slice of time and attention.

Utility is the way to break through

“Consumers today face an avalanche of invitations, with every business demanding likes, follows, clicks and attention. This is on top of all the legacy advertising that wraps us around like a straitjacket. There are only two ways for companies to break through in an environment unprecedented in its competitiveness and cacophony,” Baer wrote in his book. Usefulness. “They can be ‘incredible’ or they can be helpful.”

In this contest, being helpful can be defined as providing a helpful service, giving helpful information, or impacting a potential customer’s needs, including things like entertainment or a sense of belonging.

In a way, marketing in 2014 has become the task of being helpful to customers to build a relationship with those customers so you can communicate the value of a product despite the overwhelming sea of ​​promotions.

You’ll find this new marketing in use, both obvious and subtle. Returning to the Dos Equis example, consider the beer finder on the Dos Equis site. The tool is nothing more than a dealer locator, if you will, but if you’re a Dos Equis fan and you’re in unfamiliar territory, this tool will take you straight to nearby bars and restaurants that serve Dos Equis.

As another example, a multi-channel retailer in the northwest United States recently offered a series of free beekeeping courses. The retailer brought in expert speakers including representatives from beekeeping supply manufacturers, local beekeepers and an apiologist (a scientist who studies bees) to give presentations. The courses attracted around 1,000 registrants, who now regard the retailer as an expert in beekeeping. Since the bees, hives, and equipment needed to start beekeeping can cost $1,200, the retailer is making a wise marketing investment and a helpful service for customers.

Miller, a manufacturer of welders and welding supplies, has an extensive library of how-to videos on their site that demonstrate welding techniques. The videos certainly showcase Miller products, but they’re also helpful to customers. These videos can help a DIYer learn the basics of MIG welding, for example, while building a helpful relationship with Miller. Can you imagine a beginner welder spending hours watching videos on the Miller site, learning new welding concepts and techniques, and then buying another brand of welder? 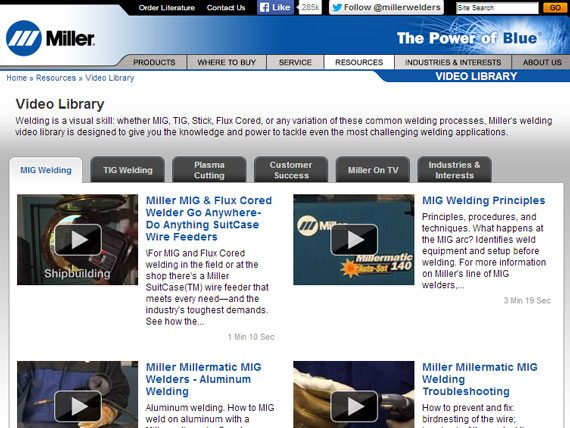 Mr. Porter, the men’s fashion retailer, publishes The Journal, an online magazine. This is yet another example of helpful marketing. You may think of it as just a blog, but this high-quality online publication provides useful (in an entertaining and informative sense) content that some site visitors come back to again and again simply for its insights into pop culture and style.

Consider this piece of the recent article, “Correct address required?”

A few weeks ago, a couple came to dinner. “What time will Harvey and Susan be here?” Nicholas asked. He knew a little about these adults, having gone to kindergarten with their son, but they were hardly his close personal friends. So using their first names felt a bit fresh to me – especially coming from an eight-year-old.

“No, dad, they’re more of a Harvey and Susan than a Mr. and Mrs. Silver.” His answer involved a kind of social judgment – a judgment I was curious to explore. It turned out that Nicholas had developed his own app to decide which adults deserved the formal “Mr. and Mrs.” greeting. and which adults he deemed acceptable to casually greet. Was the distinction based on familiarity, social rank, or if he frequently saw them tucked into yoga pants?

The whole riddle of what to call adults is another example of how kids today are forced to perform and improvise in ways that my generation did not. When I was growing up, the rule was absolute: every adult was greeted as Mr. and Mrs. As a little journalist, I was taught: address anyone as Mr. until he ask to call him by his first name. …

Does it sound like something you’d expect to find on an e-commerce site? Probably not, this article is more about providing great content to the site visitor, in order to build a relationship that will eventually give Mr. Porter the opportunity to communicate the value of the products he sells.